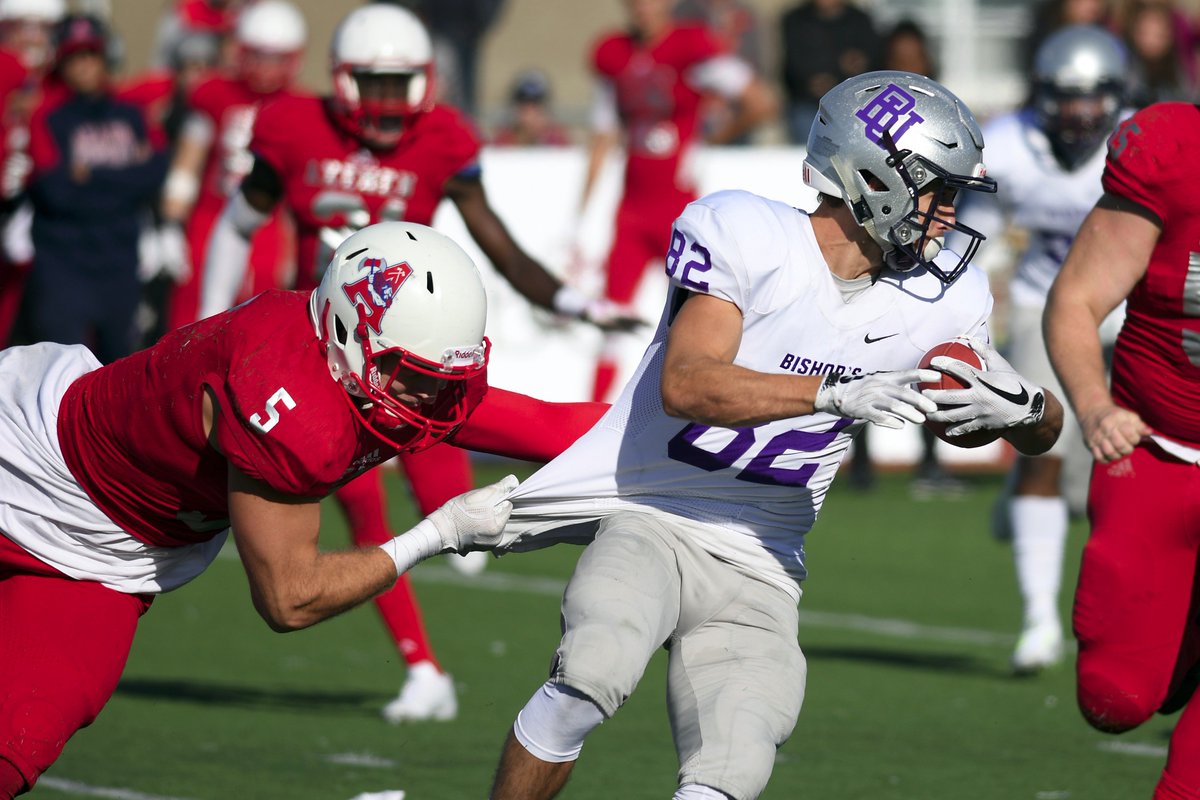 2017 AUS Defensive Player of the Year and middle linebacker Bailey Feltmate returns for his fourth season. Feltmate was an AUS All-Star last season and a 2017 U SPORTS All-Canadian.

Appeared in 8 games making 60 tackles (3rd in the OUA), 2 sacks for a loss of 17 yards, 7.5 tackles for losses of 34 yards, 5 forced fumbles, 2 recoveries with 42 return yards and a touchdown, an interception return of 64 yards, a pass breakup and a blocked punt. Metcalfe’s best game was Oct. 4 at Western with 10.5 tackles, 2 forced fumbles, 2 recoveries, a touchdown and an interception with a 64-yard return.

Led Stingers in total tackles and was a 2019 East-West Bowl Participant.

Played in all eight games and ranked second on the team with 39.5 total tackles … Had four tackles for a total loss of 14 yards … Also forced two fumbles, recovered two fumbles and blocked two kicks … Made a career-high seven tackles in Week 4 versus Western.

Gray led the Warriors with 42.5 tackles including two for losses and a forced fumble and was 2019 East-West Bowl Participant.

InstantScouting is a Canadian based independent global scouting service that works to create opportunities for aspiring professional athletes, while being the most reliable source for professional football. Our mission is to offer a fast, comprehensive, and all-inclusive scouting program for both athletes and teams alike.

InstantScouting has selected its fifth annual Elite Class (Previously known as “Top Seniors” and currently selects teams in FCS, Division 2, Division 3, NAIA & USports. What makes these teams so special is that they are the only ones chosen exclusively by the scouts who work to create professional football opportunities for athletes.