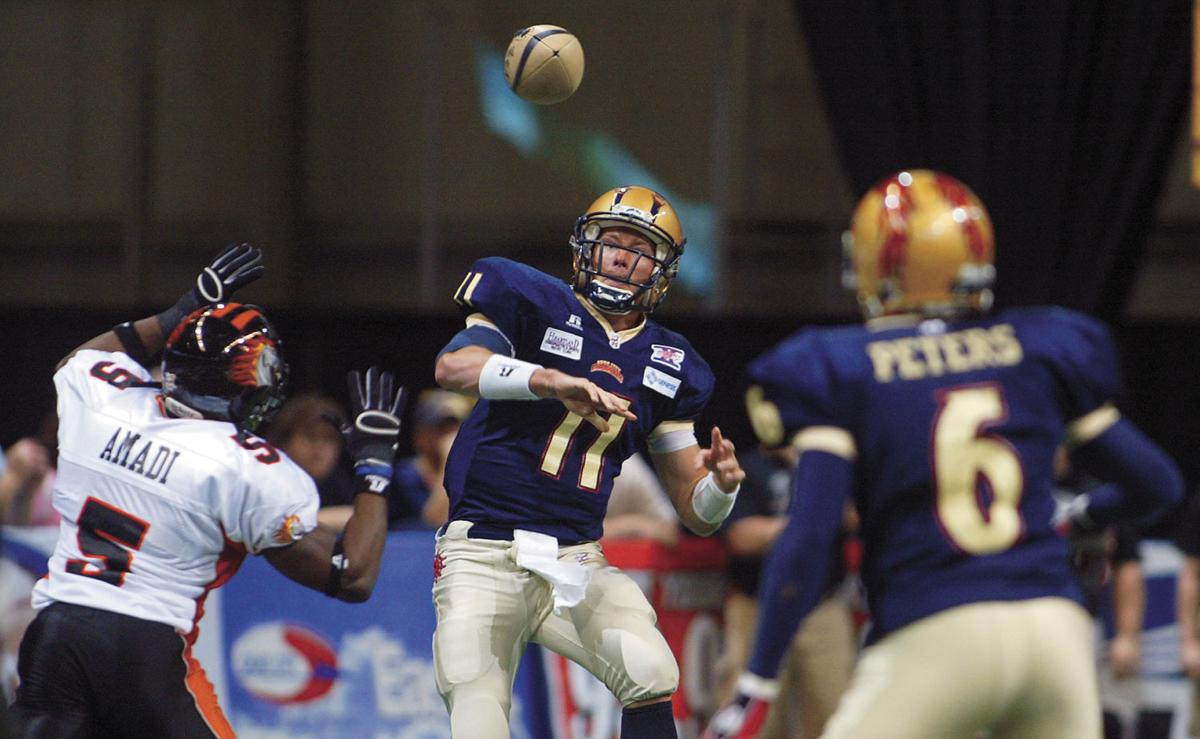 Plans to build an in-state rivalry with Bloomington have been put on hold by the new Quad City Steamwheelers.

With a proposed merger falling through between QC’s circuit, Champions Indoor Football, and the Midwest-based Indoor Football League, the Bloomington Edge decided recently to bolt the CIF for next season’s IFL.

West Michigan also joined Bloomington in moving to a reformed IFL, which had been down to five teams after Sioux Falls, S.D., and Wichita Falls, Texas, jumped to the CIF in August.

However, with the IFL announcing plans to legally dispute the withdrawal of those two franchises from signed agreements, the CIF demanded both Sioux Falls and Wichita Falls extend their line of credit, from an original $10,000 to $150,000 to cover potential legal expenses.

With both clubs balking, neither was included on next season’s CIF schedule. Sioux Falls since has returned to the IFL, which also includes nearby markets for QC in Des Moines and Cedar Rapids. The 2018 playing fate of Wichita Falls remains in limbo, though.

“I think this will make the merger even better for next year because people are starting to realize the opportunities that would exist by having an 18-20 team league instead of fighting against one another.”

With the shuffling, CIF is down to 11 teams, from 15 in September, while the IFL is back up to eight clubs, with an old AFL franchise (Arizona) and former af2 market (Green Bay) still in the mix with Des Moines, Cedar Rapids and Grand Island, Neb.

“I’m very good friends with the owner in Bloomington,” said Bland, a member of the CIF’s board of directors. “He was offered a lot of money to (move) and he might suffer the legal consequences. But it was his choice.

“I’d love to have the (Iowa) Barnstormers (in Des Moines) and Green Bay. I don’t know about Cedar Rapids, but if they’re still in place, yeah. I’d love to have teams close by. But I want to do it on our model, not the broken model they have.”

“Arizona was the hiccup,” to recent hopes for a merger, Bland added. “They had some kind of legal obligation to keep them part of it. They don’t fit our footprint, but they all stayed together with Arizona.”

The merger talk and movement prevented the ‘Wheelers and the CIF from releasing a schedule prior to this weekend.

Each team will play 12 games, six at home, over a 15-weekend period stretching from March 3 to June 9, with playoffs to follow.

The ‘Wheelers are in the Northern Conference with Sioux City, Iowa; Omaha, Neb.; Kansas City and Salina, Kan.; and Bismarck, N.D. The Southern Conference claims five teams — three in Texas (Dallas, Amarillo, Allen) and one each in New Mexico (Albuquerque) and Kansas (Wichita).

The ‘Wheelers also have a regular-season bye April 7, and a pre-league home debut Feb. 25 against the Northern Indiana Renegades, the reigning champs of Midwest Indoor Professional Football.

“Our league allows us to host a game against another pro team prior to league play,” Bland said. “So we don’t call it a preseason game. We refer to it as a `nonconference game,’ similar to what college teams do to kick off their seasons.”

Season tickets went on sale last Sunday during QC’s open tryout at the TaxSlayer Center. Bland reported more than 500 season tickets were sold while the team was only taking names from a mid-August relaunch. For ticket information, call 309-517-2019 or email info@steamwheelersfootball.com.