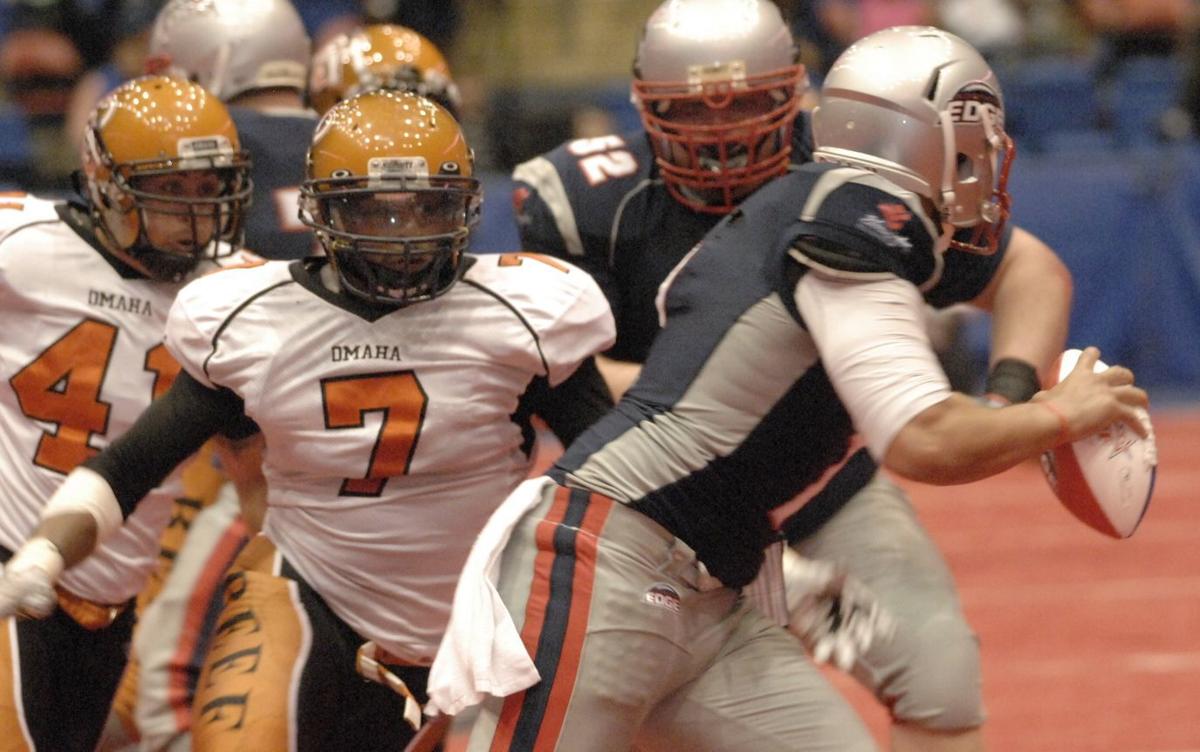 An expanded injunction levied against the Bloomington Edge by an Iowa court has effectively canceled the team’s spring indoor football season.

In a Feb. 9 ruling obtained by The Pantagraph, Woodbury County District Court Judge Patrick Tott declared that the Edge “are enjoined and restrained from playing any indoor or ‘arena’ football games” at Grossinger Motors Arena “during the 2018 indoor season.”

“We’re looking at moving to a summer schedule that gives us a lot more flexibility in finding teams to play,” said Welde, noting the team will play a 5 p.m. Blue-Red scrimmage Sunday. “It will allow us to do more programming as well.

“(It’s) kind of a new approach, and it’s pretty exciting actually. Adapt and overcome. There’s just another hurdle in front of us.”

Welde said the opponents are still to be determined and may include all-star squads from other leagues including the Midwest Professional Indoor Football league. He said the summer dates will also enable the team to host weekday camps for kids and tailgate parties.

“If we can do some camps during the week during what would be school hours, hopefully that will feed into games and help boost attendance,” he said.

The original injunction, issued Jan. 30 in a lawsuit filed in Sioux City by the CIF, prevented the Edge and the West Michigan Ironmen from joining the Indoor Football League this year. The Edge originally had been scheduled to open their IFL season Sunday.

After the Edge announced earlier this month their intention to play an “independent” schedule, the CIF sought the expanded ruling. Last Wednesday, the CIF posted a required $250,000 bond to enforce the broadened injunction.

“After learning of the Bloomington Edge’s plans to play an independent schedule which would have again be a violation of the signed league affiliation agreement … we were left with no choice but to present our case through the legal system again,” said CIF commissioner Ricky Bertz.

“We were pleased with judge declaring that the Bloomington Edge would be in violation of the injunction that was handed down previously if they attempted to play an independent schedule.”

When the Edge and Ironmen announced in September their plans to join the IFL, the CIF sued the two franchises for breaching their league affiliation agreements. According to Welde, the judge’s initial ruling found breaches on both sides.

“We feel like we have a great case because they did breach their contract with us and their breach was chronologically first,” he said. “But we can’t take that to court because of the cost and the timeline. So we’ve just got to move forward.”

Welde said the possibility of the Edge joining the IFL for 2019 remains an option, but is not the club’s current focus.

“We haven’t looked that far; that was our initial plan, obviously,” he said. “Now our plan is to get through our year and make sure we’re good with our obligations to our fans and sponsors, all the people who have been supporting us. That’s our primary goal.”