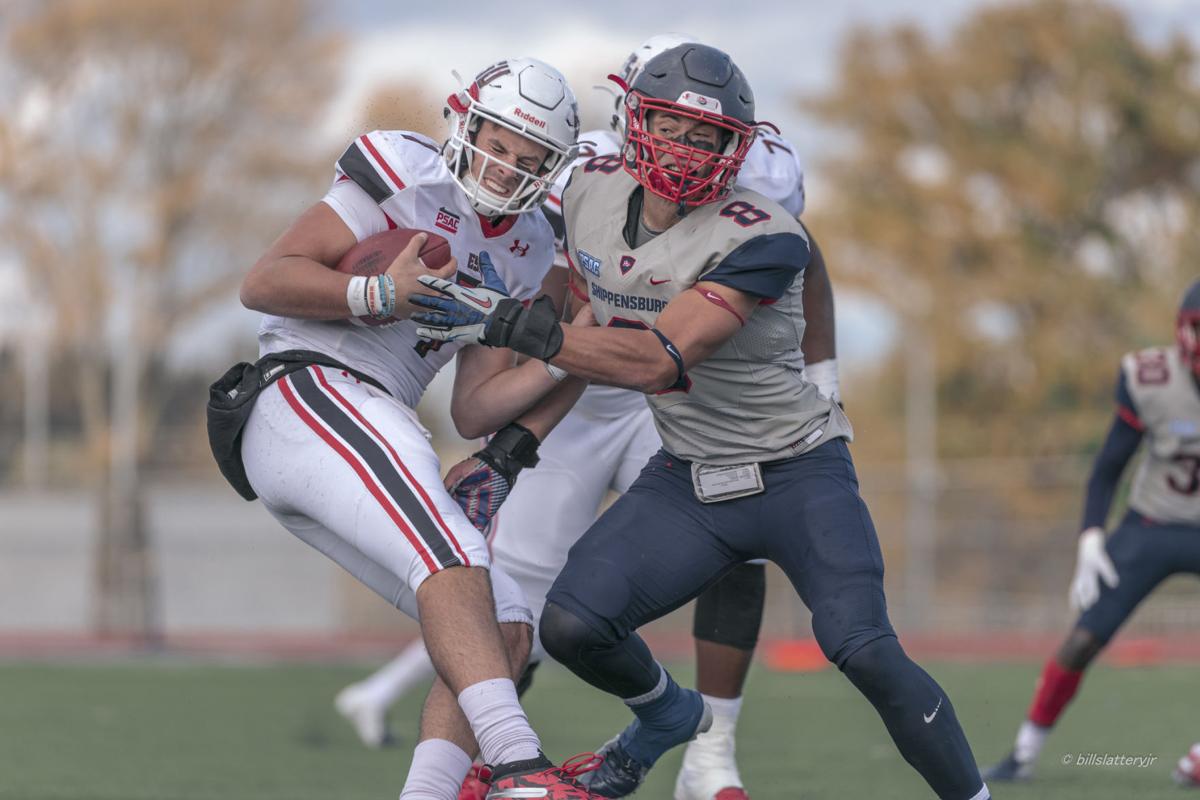 2017 (R-Junior): Maintained his status as a fearsome defensive end with his third season on the field…named to the All-PSAC Eastern Division First Team and the Football Gazette All-Region Third Team…started in all 10 games in which he appeared…ranked third on the team with 10.5 tackles-for-loss (TFLs) and 5.5 sacks…recorded a season-high 3.0 TFLs at Gannon…posted multiple TFLs in four games…notched a season-high two sacks against Bloomsburg…had a hand in at least one sack in four games…slotted seventh on the team with 42 tackles (19 solo)…recorded a season-high eight tackles against West Chester and had seven tackles in the NCAA playoffs against West Chester…tallied at least one tackle in nine games, including multiple tackles in eight contests…recovered a fumble at Gannon…credited with two pass breakups at Clarion.

2016: (R-Sophomore): Affirmed his rank as a dominant defensive end in his second season on the field…named to the All-PSAC Eastern Division Second Team…appeared in all 11 games, making 10 starts…ranked seventh in the PSAC with a team-high 13.5 TFLs, which included 5.5 sacks…provided pressure on the quarterback that led to 16 credited hurries…slotted second on the team in sacks and sixth on the team with 40 tackles (15 solo)…tallied a season-high eight tackles against Kutztown…posted multiple tackles in eight games and at least one tackle in every game…registered a three-sack game against Clarion and had at least one sack in four games…notched multiple TFLs in four games and at least one TFL in seven games…blocked kicks against Clarion and Millersville…recovered a fumble at Bloomsburg…credited with a pass breakup at American International…recognized as the PSAC East Defensive Player of the Week after the Clarion game in which he collected four tackles, 3.5 TFLs, three sacks and a blocked kick.

2015 (R-Freshman): Erupted onto the scene as a dynamic defensive end in his debut season on the field…became the first rookie named to the All-PSAC East First Team Defensive squad since 2004 and the first rookie defensive lineman honored by the conference in more than 20 years…was one of just two First Team freshmen defenders from the Eastern Division in the last 11 years…recognized as a consensus All-Region performer with Football Gazette and D2CCA Second Team plaudits…appeared in all 11 games, making five starts…broke the SU single-season record for sacks with 12 in 11 games…led the team with 16.5 TFLs, resulting in 96 yards lost…set a single-game career best of 4.5 TFLs against Millersville and had 3.0 TFLs at Kutztown…contributed to at least one TFL in nine games, including multiple TFLs in four games…registered a single-game best 3.5 sacks against Millersville…compiled 7.5 sacks over the final three games of the season…had at least one sack in seven games overall…ranked fifth on the team with 51 tackles (30 solo)…set a new single-game best with nine tackles (five solo) against Kutztown…tallied eight tackles against Millersville…accrued multiple tackles in 10 games and at least one tackle in every game…forced a fumble against Millersville…credited with a pass breakup against Millersville…honored with the PSAC Eastern Division Defensive Player of the Week award after his showing against Millersville…received the Kevin Mylett Award (most outstanding defensive player) at the team’s postseason awards banquet.